There’s just something that feels just a little mischievous about having a sneaky secret on an evening out. For that reason, the idea of the speakeasy — a.k.a., a hidden bar — has persisted to the present day. Nearly a century after the repeal of the Great Depression-era Prohibition culture that gave rise to these surreptitious saloons, the appeal of the mysterious keeps them alive and thriving. So if you’re looking for a little incognito imbibery in “America’s Finest City,” then let’s embark on an undercover overview of the best speakeasy bars in San Diego.

The Grass Skirt (3.6 miles from the hotel)

As one of the more popular spots within the city’s Polynesian bar scene, The Grass Skirt is festively festooned with torches, tiki art, and — of course — hula skirts. The menu is brimming with deceptively potent punches and flaming potions, some of which seem to have a mystic effect on the environment itself when ordered. And in contrast to many of San Diego’s speakeasies, The Grass Skirt has an excellent food menu full of island-style eats. Secret Tip: Check out the freezer at the adjacent poké bar to make your way inside. 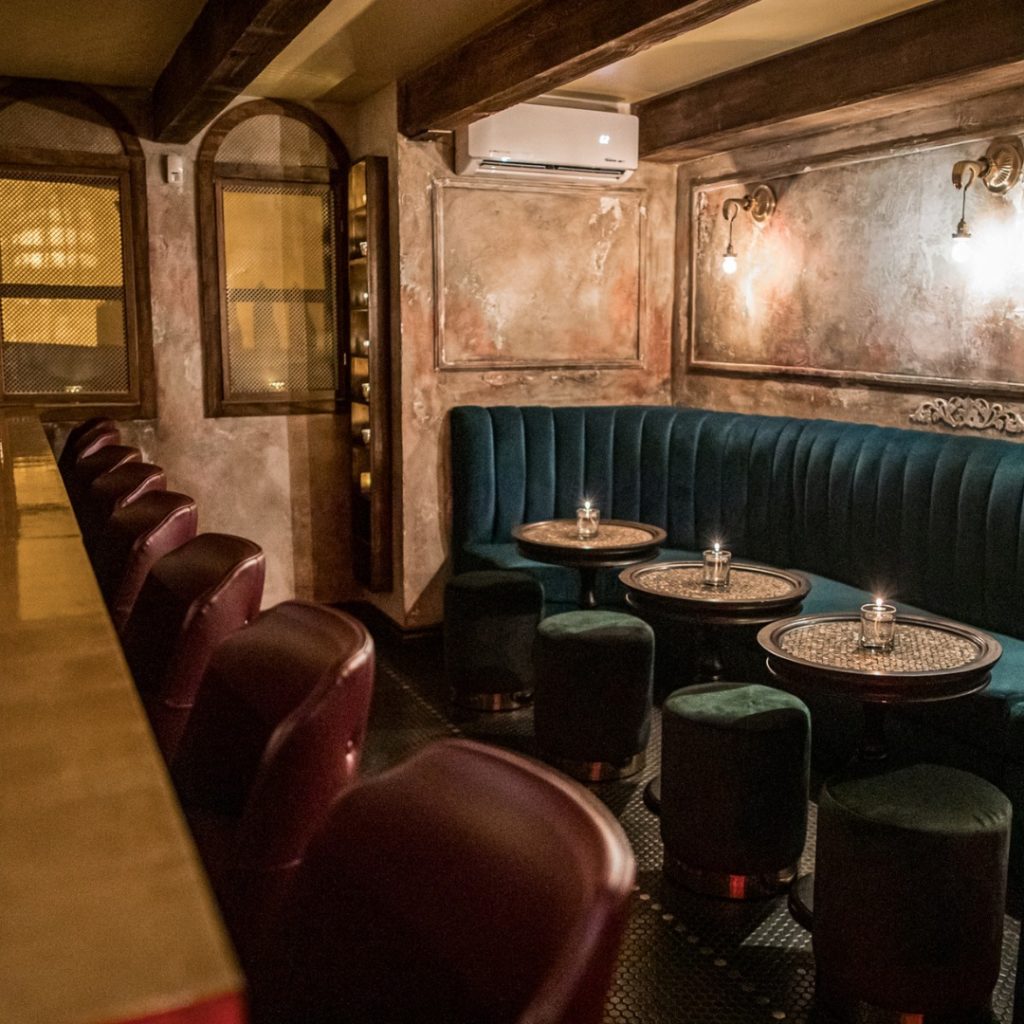 This tucked-away tavern is a respectful homage to underground Prohibition-era taverns of the past, as well as echoing motifs from the neighboring cemetery. A dress code and etiquette code are politely enforced (gentlemen, no baseball hats or flip-flops), and there’s a dedicated mezcal tasting room. The menu is arranged based on the style of cocktail, whether “sippers” or punch bowls. Secret Tip: The entrance is hidden in Tahona. We won’t tell you exactly where, though — in this case, finding it is half the fun. 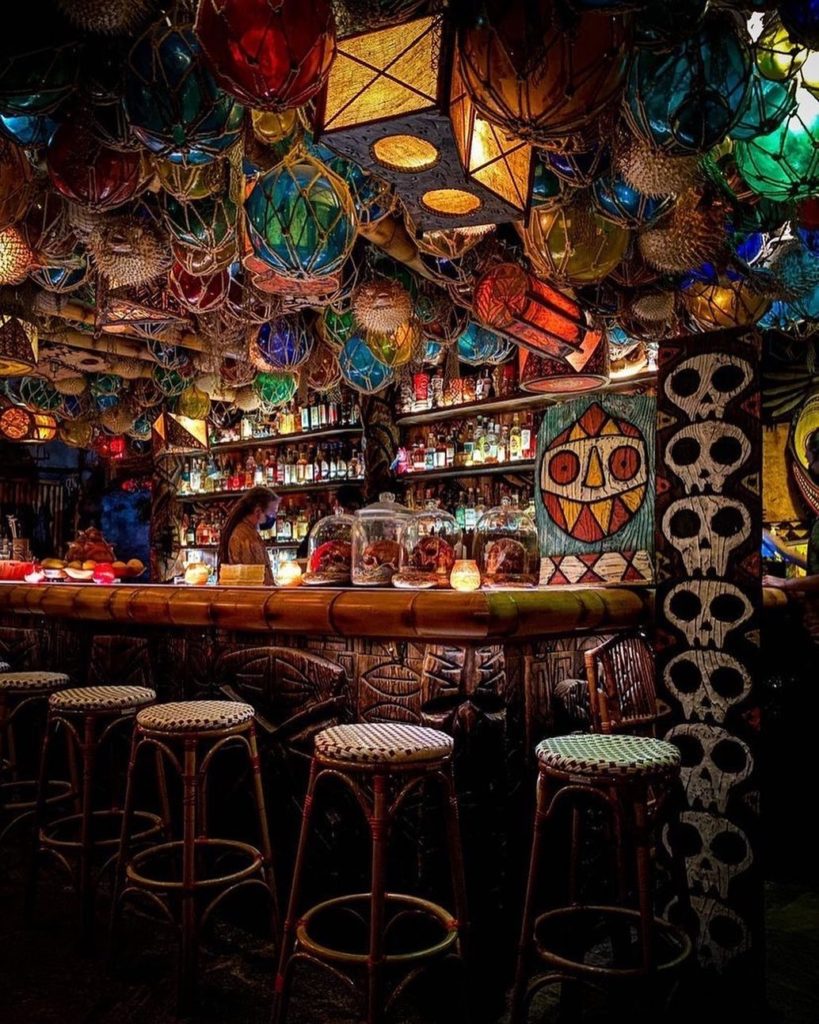 Get down with some more sneaky tiki at False Idol. This hush-hush hideaway is home to more than 200 varieties of rum, as well as a flaming volcano that can “erupt” at any minute (although rumor has it that ordering a “Alkala the Fierce” cocktail can spur the lava gods into action). A grotto, wood carvings, and a waterfall are just a few of the other creative and immersive details here. Secret Tip: A walk-in refrigerator in the back of Little Italy’s Craft & Commerce Restaurant may hold a clue. 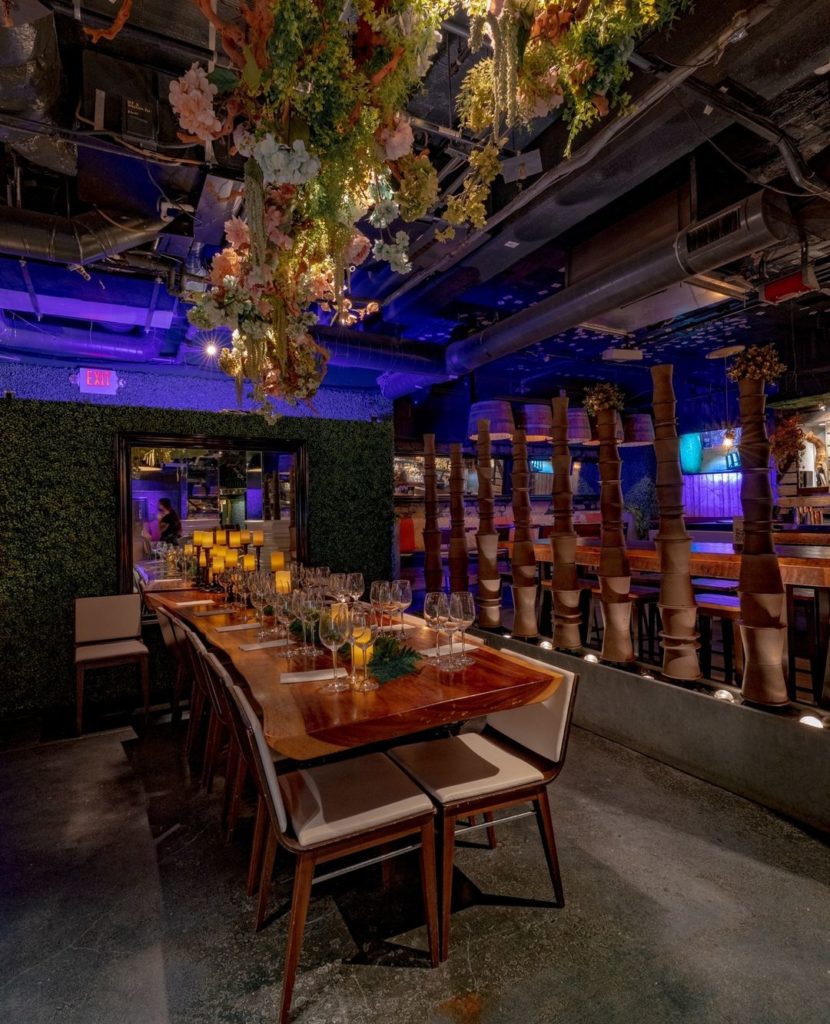 Vin de Syrah has done an impressive job of evoking the magical setting of “Alice in Wonderland.” Nestled in the Gaslamp Quarter, the softly lit drinking den shows off grass-colored carpeting, exposed brick walls, chandeliers, and Victorian armchairs that feel just a bit too big — kind of like you’ve just imbibed the “Drink Me” potion that makes Alice smaller in the book. Speaking of drinks, this lounge’s wine and cocktail menus are considered among the best in San Diego, featuring exotic European reds and whites and appropriately whimsical craft cocktails. Secret Tip: The entrance may be a bit…camouflaged. 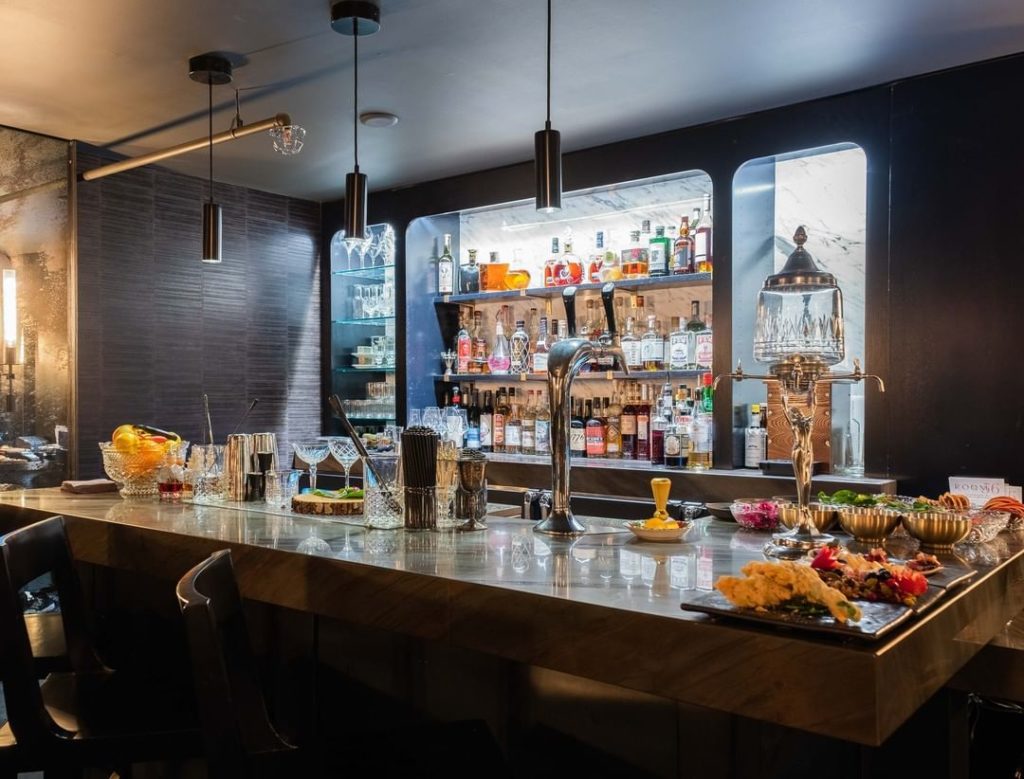 Room 56 is the top-secret tavern inside Moxy San Diego. It hides behind a bookcase, which you can access only after conferring with the resident “librarian” and receiving the closely guarded password. Among its inventive cocktails are the Martha Mary Mercy sour, with St. George All-Purpose Vodka, vanilla orgeat, blackberry, and lemon. Secret Tip: The password may be accessible on the bar’s rather mysteriously designed webpage. Text it to the number provided in order to ensure you’ll make it inside.

Located in the heart of the Gaslamp Quarter, the appropriately named Prohibition Lounge is styled as a vintage law office owned by a man by the name of Eddie O’Hare. There’s a distinctly film noir feel about the joint, so fans of Dashiell Hammett and Humphrey Bogart will feel right at home. Once inside, you’ll be immersed in a secret underground location with an old-time ambiance and masterfully crafted cocktails. Secret Tip: Eddie O’Hare’s law office on Fifth Avenue has a clandestine entrance. 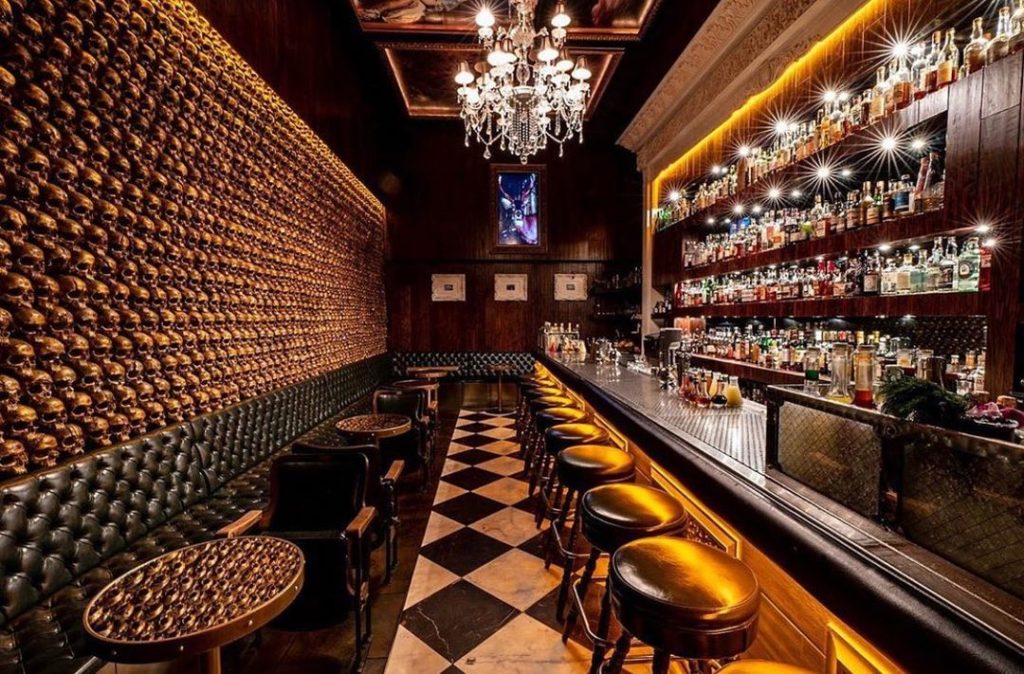 On the hunt for an intimate and exclusive bar serving unique libations among a wall of skulls? Noble Experiment — one of the city’s longest-running covert cocktail clubs — is waiting for you. However, when you go, you’ll want to make a reservation WELL in advance. That’s the only way to get a seat in the immaculately appointed space, located inside Neighborhood eatery in East Village. Secret Tip: The entrance of the speakeasy is through a wall of empty kegs stacked near the restrooms. 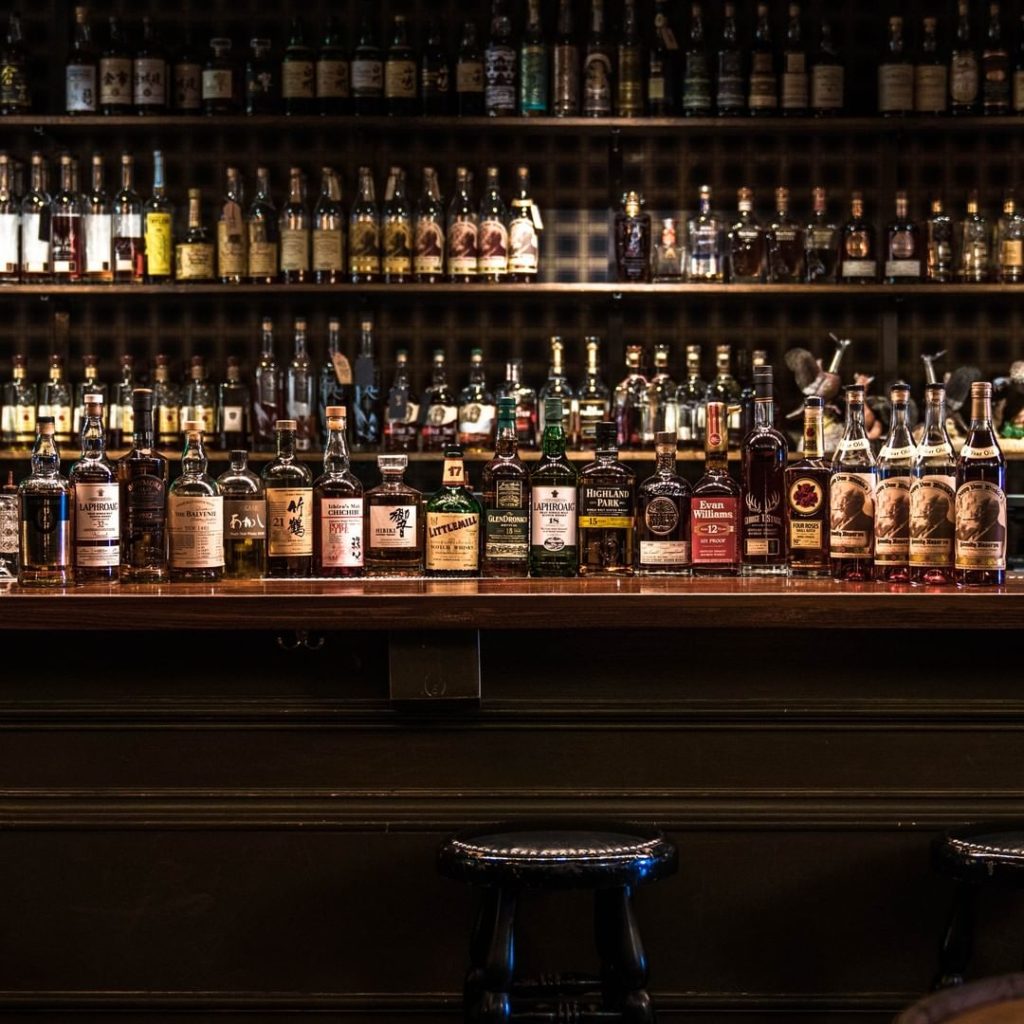 If you’re hanging out in North Park, dip into Seven Grand Whiskey Bar for one of the city’s deepest whiskey menus. Need more? Head to the back to find Bar Three Piece, a speakeasy nestled inside Seven Grand Whiskey Bar that’s home to over 250 meticulously curated bottles of iconic vintage whiskey. Nicaraguan cigars are also available for purchase and are perfect paired with a drink of your choosing to be enjoyed on a private smoking patio. Secret Tip: Find a bottle you love? Bar Three Piece offers a private bottle locker program, which allows you to purchase your own bottle of whiskey and have it held in a private cubby for your next visit. 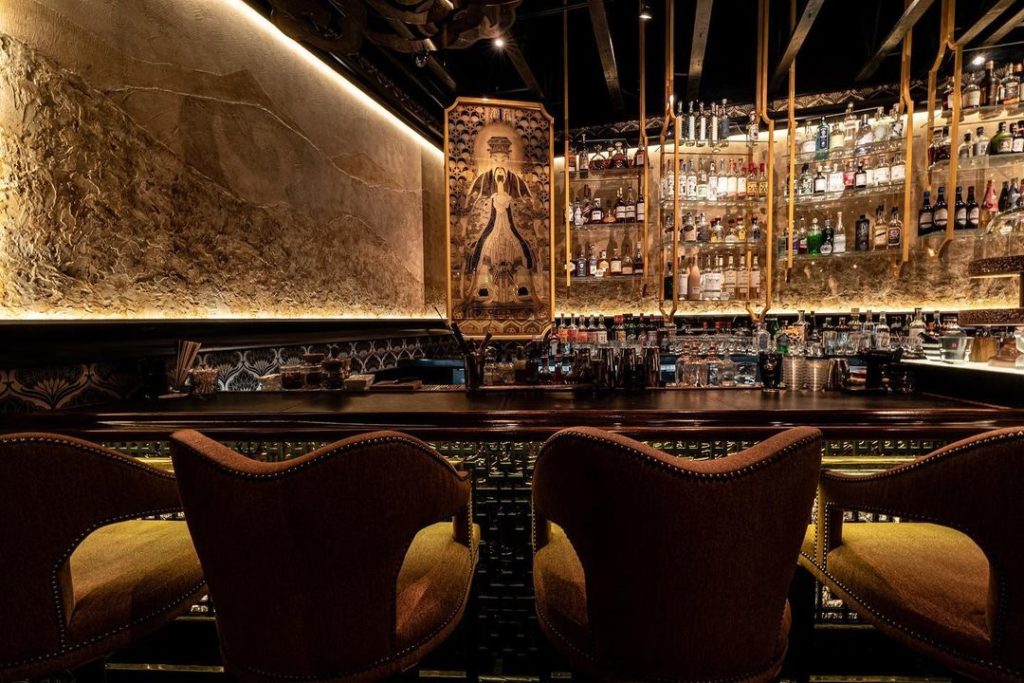 Your journey starts in a white room decorated as a futuristic apothecary, inspired by an ancient manuscript of traditional Chinese medicinal recipes. Continuing into the drinking den, guests are led down a portal to the past to find opulent seating, dramatic decorations, and overhead sculptures, all of which further enhance the spectacle created inside The Realm. Secret Tip: The four-seat “Emperor’s Bar” inside the Realm of 52 Remedies offers exclusive access to a collection of premium spirits. 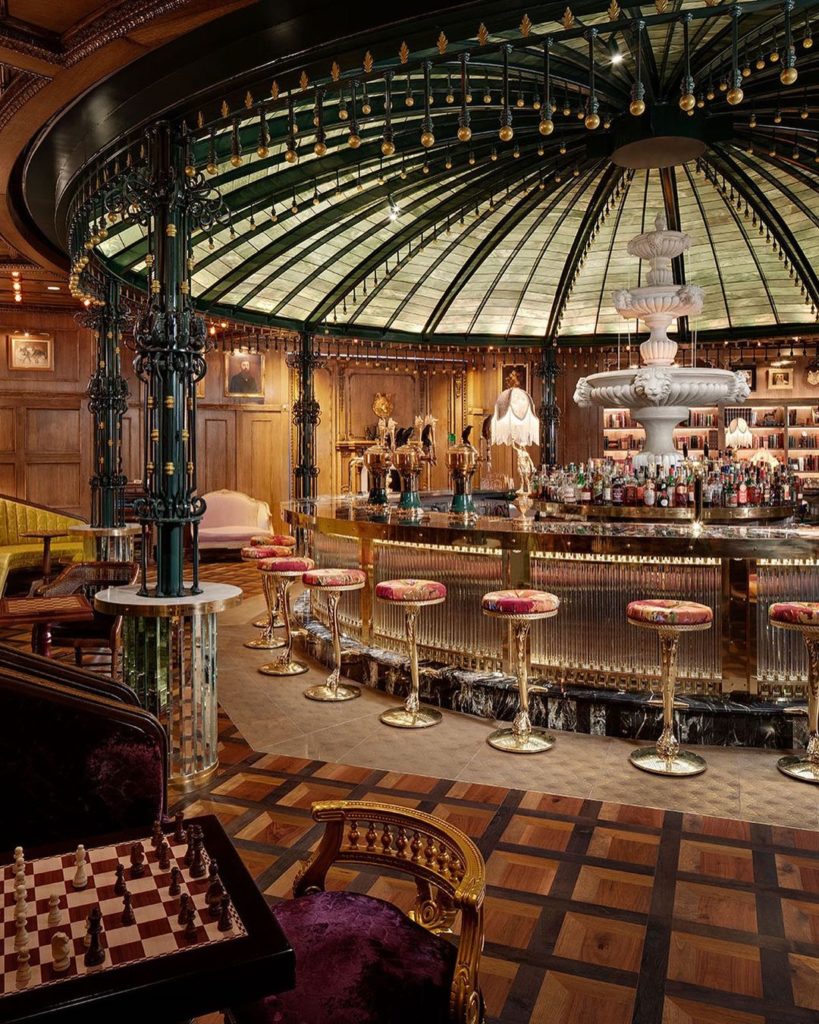 Raised by Wolves is hiding in plain sight inside Westfield UTC Mall. Look for a high-end liquor store that serves as its front-facing facade. Once you’re inside, don’t miss checking out the (very real, and available for purchase) selection of rare spirits. If you can manage to find the entrance, you’ll need to be vetted by the host before you’re permitted to enter. Once you are, you’ll discover a complex and sophisticated cocktail menu inspired by much of what you saw in the entrance. Secret Tip: If you find yourself drawn to the fireplace, that’s likely a good instinct.

Settled on the speakeasy bars in San Diego you’d like to visit? Don’t miss the SPECIAL OFFERS at The Dana and make sure you get the best rates on your stay.