Local San Diego Foods You Need to Try When You Visit

Foodies, rejoice — your visit to San Diego is about to be filled to the brim with amazing eats. Due to our melting-pot culture, close proximity to fresh seafood, and boundless appetite, “America’s Finest City” has long been known for its incredible culinary scene.

Here are some of San Diego’s most distinctive dishes — you’ll definitely want to sample some (or all!) of these while you’re here.

Tacos (and Other Mexican Specialties)

You may think you’ve had tacos. But you haven’t had tacos until you’ve had SAN DIEGO tacos. Central San Diego is only about 25 miles north of the U.S./Mexico border, so our Mexican delicacies are as authentic as you’ll find anywhere in the country. Arguably, the burritos may be even more popular, popping up both as easy-access street eats and dressed-up gourmet style — and everything in between.

New York has its grab-and-go street slices. Chicago has indulgent, overstuffed deep dish. Here in California, our pizza is just as distinctively delicious. Notable for its cracker-crisp crust, premium toppings, and wood-fired cooking method, California-style pizza is also sometimes referred to as “Gourmet Pizza” due to its upscale ingredients. It’s not unusual to find varieties with charcuterie meats, truffles, goat cheese, figs, and other delectable delights. 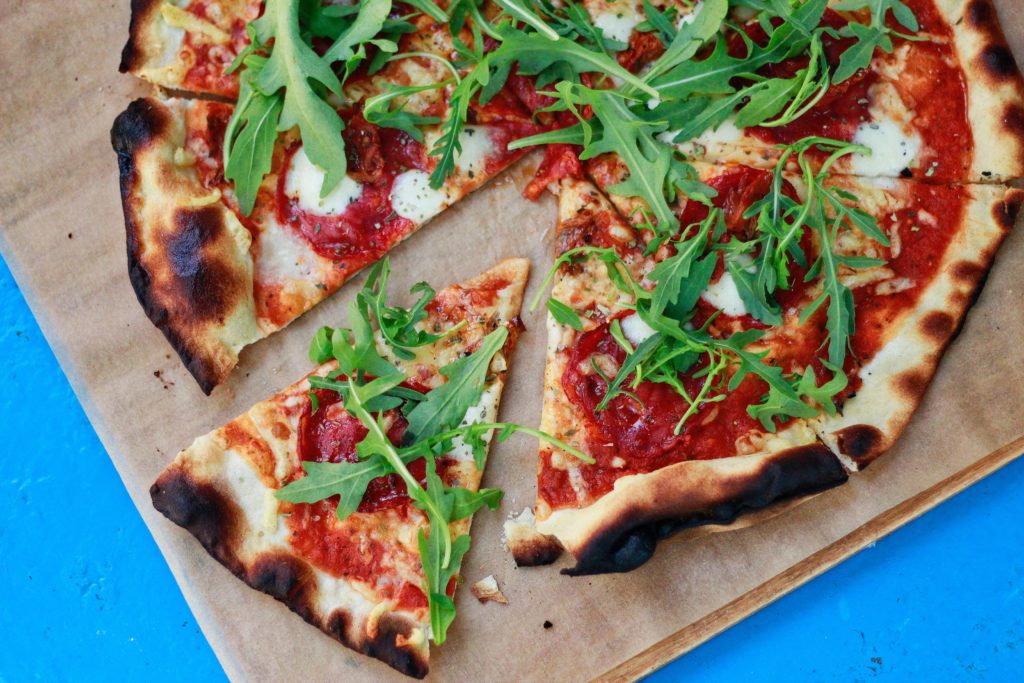 Due to San Diego’s history as a landing point for many Pacific immigrants over the centuries, Asian cultures have had a massive impact on the food scene in our fair city. Japanese, Korean, Szechuan, Mongolian, Cantonese, Vietnamese, Thai — if you’re looking for it, you’ll find it here. Many of San Diego’s chefs have also gotten creative and begun blurring the lines between different disciplines, meaning you’ll find cross-cultural dishes like bulgogi burritos and Thai pizza on menus all over town.

No matter where you go in town, the Pacific Ocean is your neighbor. So fresh, pier-to-plate seafood is ALWAYS on the menu here. We admit to a certain amount of bias, but we truly have some of the world’s best seafood here. Fresh scallops, crab, mahi-mahi, swordfish, octopus — you’ll find them in abundance at countless seaside cafés. And you can enjoy your selection grilled, fried, pan-seared, or turned into the best fish tacos you’ll ever eat. So be sure to catch some during your visit. 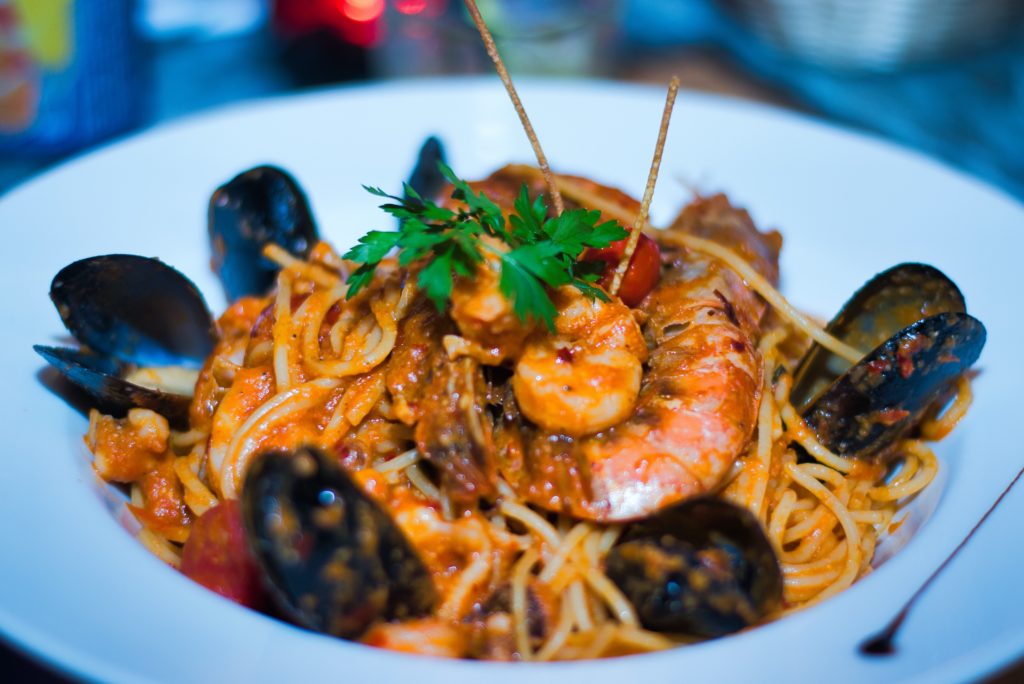 When most people think of California wines, they think of Napa Valley. And there are definitely some vibrant vintages that come out of the northern part of the state. But the varied terrain, endless sunshine, and rich soil of San Diego have also produced some magic. The San Pasqual Valley, Rancho Bernardo, and nearby Jullian region have ideal conditions for vineyard growth, and the wineries of these areas are creating some truly impressive bottles worth checking out. San Diego celebrates this amazing wine culture at The San Diego Bay Wine + Food Festival, which is back on again in 2021. The San Diego brewery scene has also taken off as of late, with more than 150 breweries operating in and around the city. Beer brewing has become such an institution here that we even created a festival — San Diego Beer Week — specifically to celebrate it.

Maybe it’s the sun. Maybe it’s the beach. Whatever the reason, California’s reputation for healthy eating goes back decades. And if you’re someone who leaves animal products off of your personal menu, you’ll be spoiled for choice here. Vegan and vegetarian eateries are practically around every corner. What’s more, since California grows a large percentage of America’s produce, your veggie-centric entrées will be prepared with some of the freshest and most flavorful locally grown produce you’ll ever enjoy.