People get very into holidays in San Diego — just look at the Big Bay Boom on the Fourth of July or the Halloween Zombie Crawl — and Christmas and Hanukkah are no exception. Here’s a guide to the best of the holiday happenings coming to this city in 2019, from tree lightings to boat parades. 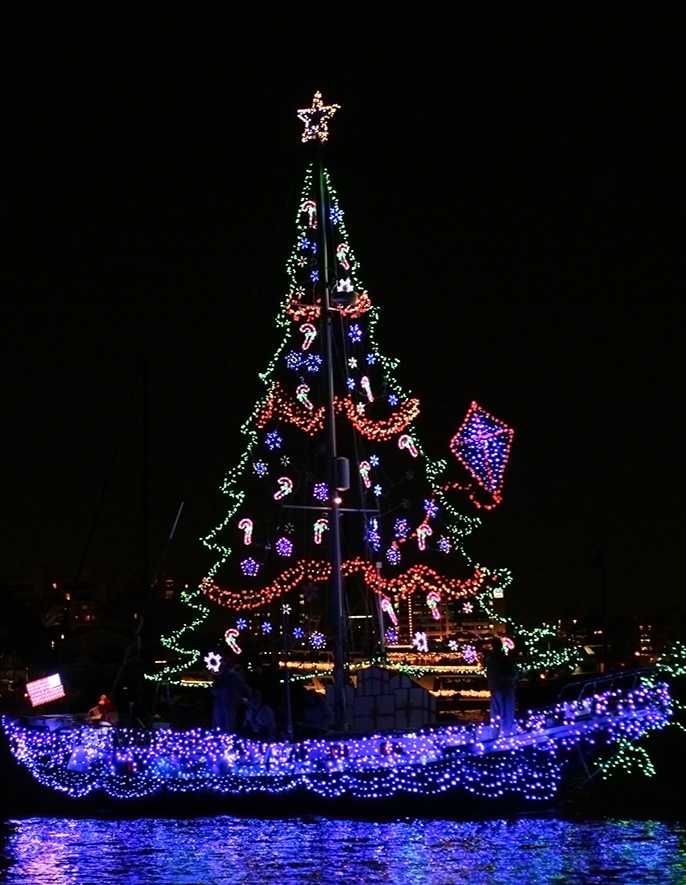 If you’ve ever wanted to see a Christmas boat parade, Mission Bay Christmas Boat Parade of Lights is a perfect introduction to this type of holiday event. Along with watching colorful light displays, you’ll see 32 life-sized figurines inspired by the life of Jesus, including The Nativity, The Wise Men, Fleeing Egypt, and the Annunciation. As a bonus, as a Dana guest, you can watch the procession directly from the resort grounds.

SeaWorld’s Christmas Celebration might be better described as a tribute to all things Rudolph the Red-Nosed Reindeer; the famous character inspires the theme park’s seasonal ring-toss game, the goods at the holiday shop, and the on-site photo booth. The event also brings readings with Mrs. Claus, a lighting of the 40-foot tree, and tricks by the sea lions and dolphins.

Ocean Beach isn’t the biggest or most populous San Diego neighborhood, so it says a lot that its holiday parade has become such an iconic San Diego event — it’s now entering its 38th year. Expect motorcycles, floats, bands, dance and gymnastics performances, and a VW Beetle procession at this one, all complemented by dinner and drink deals at neighborhood restaurants and pubs.

And just like that, our neighborhood is a whole lot brighter. Grazie mille for joining us! 🎄 #LittleItalySD

For an Italian twist on your holiday fun, pop by the lighting of Little Italy’s 25-foot tree. Like several of the city’s lightings, this ceremony has grown to encompass a range of different events, and in this case, you can enjoy arts-and-crafts programs, horse-drawn carriage rides, and booths just steps-away from Little Italy Mercato.

How about an evening stroll? These beautiful lights will continue to twinkle in #BalboaPark throughout December. ✨

Drawing more than 350,000 annual visitors, December Nights brings light displays, ballet and choral performances, food vendors, and shopping booths sponsored by the park’s museums. And, as if you needed another reason to visit, the 17 museums themselves offer complimentary admission for both nights of the festival.

‘Tis the season is right around the corner! The 2019 parade is taking place on December 8th and 15th so please save the dates. We’ve partnered with @comic_con this year and we’re predicting one of the best parades yet! This is a FREE event to attend and we hope to see you there. #SanDiegoBayParadeOfLights #SDPOL #ComicCon #SDCC50 #SDCC2019 #SanDiego #Christmas #Holidays #Boating #Sailing

Wrap up your holiday-celebrations tour by viewing the San Diego Parade of Lights, a dazzling display that lights up San Diego Bay. Each year’s parade invites the eighty-plus participating boaters to honor a certain theme (this year’s theme is Comic-Con), so expect light sculptures that honor superheroes and fantasy characters.