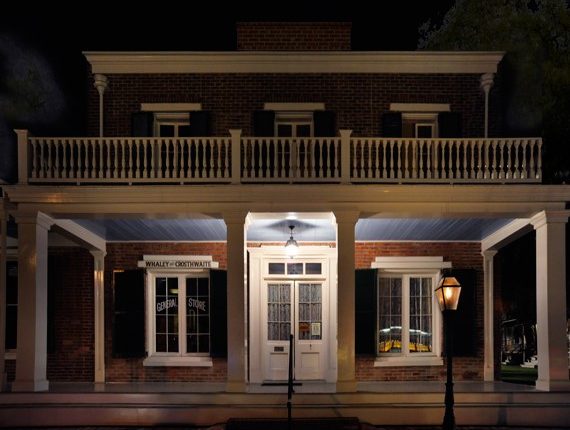 The famed hotel of the San Diego area, the Hotel del Coronado, has its own spooky past. A mysterious murder of a guest who checked in under a fake name has given the hotel a paranormal streak- with current guests reporting seeing lights flashing on and off, books moving, and phantom footsteps lurking the great halls.

The Whaley House in Old Town San Diego holds the ghost story of famous ghost hunter, Hans Holzer, who reportedly held a séance here in the 1960s. Because of its ghostbuster past, locals have always stated the entire property was haunted. Tap into your 6th sense to feel the presence of famed ghost family, the Whaleys, who are said to lurk amongst the house’s bedrooms with their little dog bouncing at their ghostly feet. Catch one of the special ghost tours daily and nightly throughout October.

Another haunted spot in Old Town is the El Campo Santo Cemetery. While most cemeteries carry a semblance of a haunted nature, this cemetery is said to be even more haunted. Drastically reduced in size, the gravesite was initially four times larger than what you see today. So be careful where you step…

Room 309 of the Horton Grand Hotel is said by a psychic to have been full of paranormal activity. The psychic detected the ghost of a local gambler, and said that even after all these years, some say they can still hear the shuffling of cards at the game table…and even the occasional cards will appear randomly throughout the room.